The tour departs from Rome, which can only be reached by land transport as there are no direct rail and air connections. this itinerary will let you discover the marvelous Regional Park of the Lucanian Dolomites, so called for its resemblance to the more famous Dolomites in the Alps, where two jewels are hidden: Pietrapertosa and Castelmezzano. The panoramas and glimpses that these places offer are nothing short of incomparable and offer an almost surreal high-altitude landscape spectacle, then continue towards Matera which, after a long period of complete abandonment between the 60s and 80s of the last century , the Sassi, from an almost forgotten ghost town have recently returned to new life thanks to a long and meticulous conservative restoration, accompanied by the rediscovery of their history and their traditions. Due to their importance, the Sassi were named a World Heritage Site by UNESCO in 1993 and as a reconfirmation of its extraordinary nature, Matera in 2019 was the European Capital of Culture, the tour continues to Locorotondo, it is the village of ” cummerse” or sloping roofs covered with limestone slabs called Chiancarelle. The city of traditions and artistic splendor where the simplicity of the houses harmonizes and blends with the Baroque architecture of the churches or historic buildings. his succession of cozy corners, small glimpses, breathtaking views, streets made of small arches makes the village appear like a small wedding favor in the eyes of its visitors. The tour continues in Alberobello Alberobello is famous for its characteristic houses called trulli, which have been included in the UNESCO World Heritage Site since 1996, ending with the last stop in Monte Sant’Angelo

splendid village of white houses overlooking the Gargano coast from above; Sanctuary of San Michele Arcangelo which, together with 6 other sites of worship, including the Abbey of Le Mont Saint Michel in France and the Sacra di San Michele in Piedmont, forms the magical Mikaelic line.

The tour starts from your Hotel or Apartment in Rome or from the Rome Airport Terminal, the driver will be there to welcome you and will be available all the time, you choose where to stay we will give you all the information to build this personalized tour together 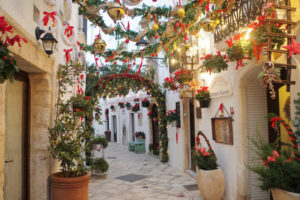 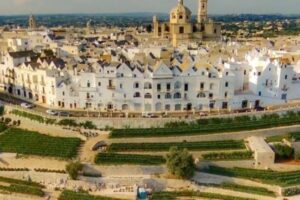 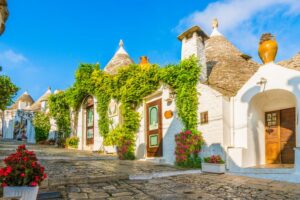 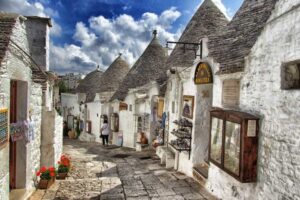 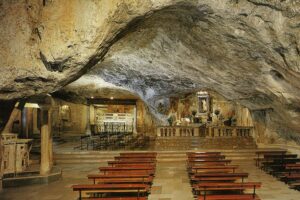 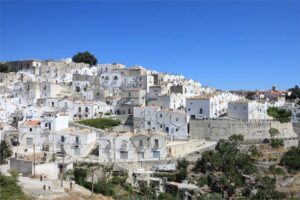 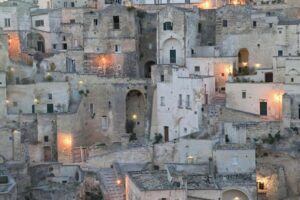